Here’s a story from Hindu Mythology that I find really fascinating. I have known this story all along (since I was a kid), but only recently did I realize the deeper meaning behind it.

So here’s the story:

Lord Shiv is married to Lord Parvati and they have two sons – Ganesha and Muruga.

One day, Shiv calls upon his sons and shows them a beautiful shiny red apple. He tells them that this is the ‘Fruit of Knowledge’ and that he will give this fruit to the one who first completes three revolutions of the world.

Upon hearing this, Muruga quickly jumps on his pet peacock and proceeds to encircle planet earth. Ganesha on the other hand simply encircles his parents – Shiv and Parvati. He quickly completes three rounds around his parents and asks for his reward.

After a bit, Muruga returns after completing three revolutions of the earth and demands his reward.

Shiv gets perplexed as to who the winner is. He calls upon his wise friend Narad to solve the matter. Narad listens to what happened and asks Ganesha to explain why he deserves to win.

Ganesha in his defense, says that, ‘I circled my parents as I consider my parents ‘MY World’. And as I have completed the task before Muruga; I deserve to win.’

Muruga is then asked to explain his reason and he says that, ‘I revolved around THE REAL WORLD which was what the task asked me to do and hence I am the rightful winner.’‘

Why did Ganesha win?

This story basically talks of subjective and objective realities.

Ganesha is right in saying that he circled ‘HIS WORLD’, cause as a child his parents are his world, subjectively speaking.

Muruga is right as well to revolve around THE WORLD, when we think of things objectively.

What can you learn from this story?

For example, as a child you saw the world differently and as an adult your perspective of the world has changed dramatically. And this will continue to change as you continue to grow and evolve.

From time to time, it makes sense to come out of your subjective reality and look at life from a neutral or objective stand point. This helps improve your perspective and makes you more aware/conscious.

Looking at life subjectively and objectively

When you look at the world objectively you will realize that everything happens in your mind. In the absence of the mind, everything ‘JUST IS’.

For example, Good and Bad happen only in your mind. They are subjective in nature as your mind labels things as good or bad based on its conditioning. According to a meat eater, eating meat is good whereas a vegan will consider it bad. And this is where we come across sayings like, ‘For each his own‘, or ‘One man’s trash is another man’s treasure‘ or ‘one man’s meat is another man’s poison.’

In order to become aware, one must realize the existence of both these realities. 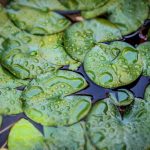 Lessons You Can Learn From the Lotus Leaf (About Beliefs) 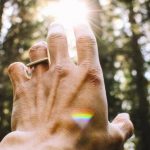 What Exactly Is A Spiritual Awakening? (Based on science) 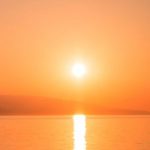 Your Attention Is Powerful, Here’s How to Take Control Of It